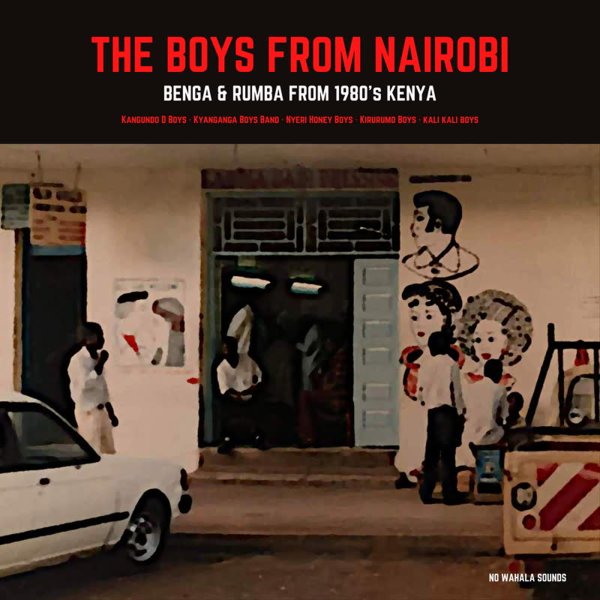 A set of Kenyan tracks we've never heard before – all served up with the kind of fast-moving rhythms you'd guess from the title – occasional influences from Cuban music, blended with a spirit that's heavy on the vibrant style of East African music at the time! The "boys" in the title is a reference to the way that the word is used in the name of all the groups here – which will give you a hint at the male bent in the track selection – served up here on cuts that were only ever issued as 7" singles on small labels back in the 80s! Titles include "Mchezo Wa Panya" and "Ungwana Ni Tabla" by Kali Kali Boys, "Mpenza Maggie" and "Mbarak Mwinshehe" by Kangundo D Boys, "Nidikwenda Kwanangwo" and "Nowe Wecuka" by Nyeri Honey Boys, "Njeri" and "Mwenda Wama" by Kirurumo Boys, and "Kyalo Kya Sikimu" and "Ivinda Ya Tene" by Kayanganga Boys Band.  © 1996-2022, Dusty Groove, Inc.