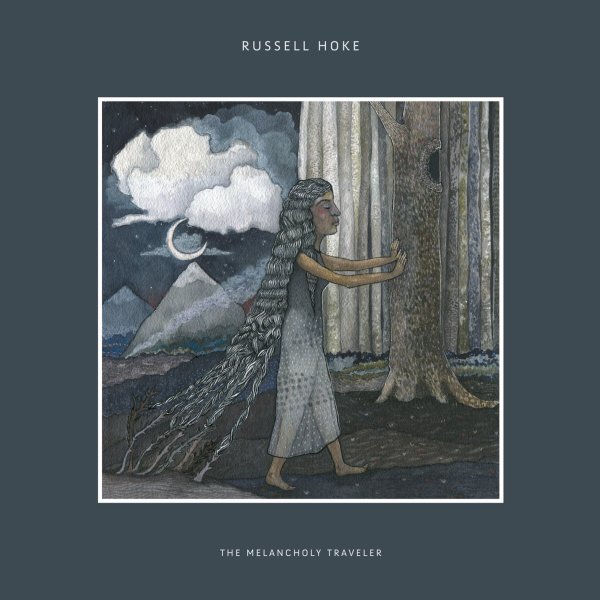 Recent work from underground hero Russell Hoke, but sounds that are every bit as timeless as his earlier records – done in a stripped-down style that has Hoke playing borrowed guitar and banjo, and recording onto an old cellphone – which makes the whole thing feel like it came out of some obscure Takoma Records session in the 60s! There's a few instrumentals on the set, but the real charm lies in Hoke's vocal performances – sometimes very folksy and ancient, sometimes more like an acoustic take on the darker indie territory of a few decades back – all with that upfront quality that's always made Russell such a striking artist. Titles include "Sea Monster", "I Have A Gift", "Coronation", "Kingdome Blue", "I'd Gladly Give It All", "The Mountain & The Stream", "Wandering Ancient Soul", and "When I Get Down" – plus versions of the Sandy Denny tunes "By The Time It Gets Dark" and "Sweet Rosemary".  © 1996-2021, Dusty Groove, Inc.
(Comes with a bonus download.)