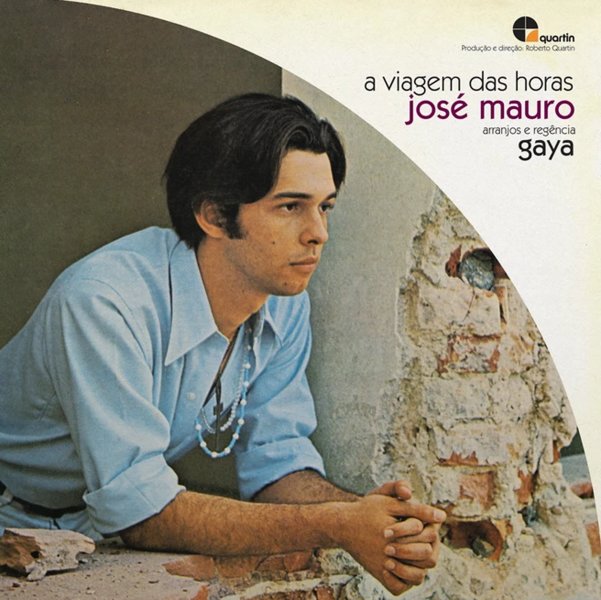 A tremendous lost masterpiece from Jose Mauro – a less-remembered figure in Brazilian music at the start of the 70s – but one we'd rank right up there with the best of the time, on a short list that would include Marcos Valle, Milton Nascimento, and Arthur Verocai! Like those three giants, Mauro's got a way with a tune that's completely his own, and very different than music taking place in the Anglo scene at the time – sophisticated, but never full of itself – personal, but also always reaching for higher ideas too – set up in these sublime arrangements by Roberto Quartin, who recorded the date for his own famous label – with a killer studio group that includes Dom Salvador on organ and piano, Paulo Moura on alto, sax, and Wilson Das Neves on drums. Jose's vocals are fantastic, as is his subtle use of acoustic guitar – and arrangements on the set are by Maestro Gaya, who you might know from a wealth of brilliant work for the EMI/Odeon label in Brazil. The set includes three never-issued tracks – "Rua Dois", "Moenda", and "Variacao Sobre Um Antigo Tem" – plus "A Viagem Das Horas", "O Nino", "Morango Encanto", "O Oitava Morada", "Romanza", and "O Cavaleiro De Antonina".  © 1996-2022, Dusty Groove, Inc.

Planetario Da Gavea
Far Out (UK), 1981. New Copy 2LP
LP...$29.99 (CD...$16.99)
A never-issued performance from this legendary Brazilian musician – a live concert that's a perfect addition to his tremendous records from the same stretch in time! As with some of his best material of the 70s, Hermeto's working here in a style that begins in jazz, but quickly moves into ... LP, Vinyl record album