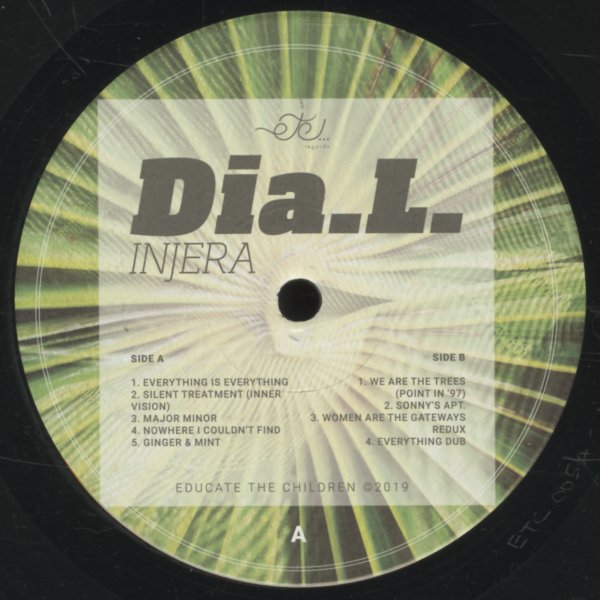 Injera is a form of Ethiopian flatbread, but the sound here is anything but flat – a full, rich combination of beats, samples, keyboards, and other elements – all topped with some slyly soulful vocals! The lyrics don't jump right out of the mix on some tracks, while others are more upfront – in a style of soul that's definitely influenced by hip hop, but evolved past any sort of simple hybrid – to a point where this Chicago do have definitely fund a sound that's all their own! Titles include "Ginger & Mint", "Everything Is Everything", "Redux", "Women Are The Gateways", "Silent Treatment", "Major Minor", "Nowhere I Couldn't Find", and "We Are The Trees".  © 1996-2021, Dusty Groove, Inc.

Love & Hate
Interscope, 2016. New Copy 2LP Gatefold
LP...$24.99 29.99
A set that arguably has even more majesty than the debut album from Michael Kiwanuka – and that's saying a lot, given the strength of that now-classic record! Production here is by Dangermouse, Inflo, and Paul Butler – and there's an airiness to some songs that really has Kiwanuka's ... LP, Vinyl record album