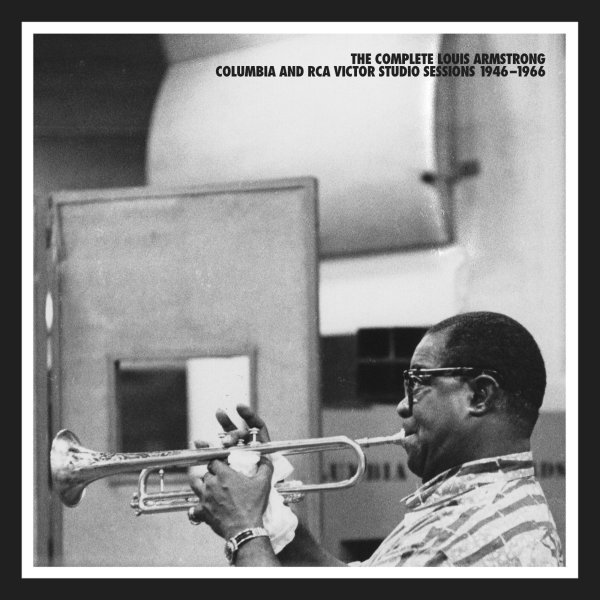 A stunning overview of these two key slices of work from Louis Armstrong – material recorded for RCA Records in the mid 40s, and then his huge Columbia Records comeback sides in the 50s – the latter of which is presented here with a huge amount of unissued material and alternate tracks! The RCA work starts out the set – 78rpm material that includes both larger groups and small combos – including his All Stars and Hot Seven groups, as well as a 1946 Esquire Award Winners session. Columbia material begins in 1954 – and returns to some key all-star groups with some of Louie's best sidemen of the decade – on sessions supervised by George Avakian and Teo Macero, each of whom bring out a different quality in Armstrong's talents. In addition to all the 78rpm singles and unissued tracks, the sessions also feature material that appeared on the records Louis Armstrong Plays WC Handy, Satch Plays Fats, The Real Ambassadors, Louis Armstrong Plays The Blues, and the unusual Book Of The Month Club album set of Rare & Unreleased performances. The set features a massive 141 tracks in all – and one of the biggest booklets of notes we've ever seen with a Mosaic set!  © 1996-2022, Dusty Groove, Inc.
(Limited to 3500 copies.)

What A Wonderful World
Decca (Japan), 1967. New Copy
CD...$22.99
A surprising gem from Louis' later years – most famous for the title hit, but a great album all the way through! Louis is more of a singer than a musician on the set – and he's working with arrangements steeped in warmth and nostalgia – going for an instantly-ancient sound that ... CD