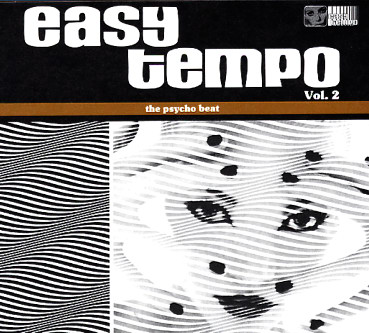 Mindblowing work from the Italian soundtrack scene of the 60s and 70s – a true treasure of tracks that more than lives up to the "psycho beat" promise of its title! The tunes are a heady brew of tripped-out styles – floating organ, slinking bass, stepping strings, fuzzy guitar, and bumping drums – all in a space that's just the right place between funky and easy – with a sublime kind of sound that's unlike anything else we can think of! If you've only ever dug funky groovers from the Anglo side of the spectrum, this is the kind of record that will definitely open up your ears – and even though the collection's an old one, it's still one of the best illustrations around of the genius of Italy at the time! Titles include "Fotomodelle" by Piero Umiliani, "Red Face" by Barigozzi Group, "Shake Psycho" by Mario Molino, "Schegge" by Lesiman, "Rapimento In Sicilia" by Nino De Luca, "Essere Donna" by Piero Umiliani, "L'Appartamento Vuoto" by Gianni Ferrio, "La Fine Di Cobb" by Stelvio Cipriani, and "Hurricane" by Cesco Anselmo.  © 1996-2022, Dusty Groove, Inc.
(Newly remastered edition!)