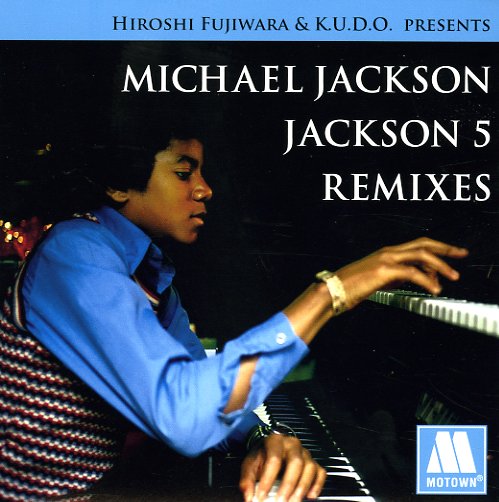 A great entry in the world of Jackson 5 remix material – a hip set of Japanese work put together by Hiroshi Fujiwara & KUDO – with a nicely different vibe than previous efforts of this nature! The remixes have a slightly dubby quality, but are mostly focused around the familiar structure of the original tunes – nicely using mellow basslines and laidback Jamaican rhythms to add some really fresh flavors to the work of the Jacksons – in ways that are quite different than some of the other, more energetic remixes out there at the moment. Includes remixes of "We've Got A Good Thing Going", "Never Can Say Goodbye", "Happy", "Love Song", "I Want You Back", "With A Child's Heart", "I'll Be There", and "All I Do Is Think Of You".  © 1996-2022, Dusty Groove, Inc.

Jackson 5 – The Ultimate Collection
Motown, Early 70s. New Copy 2LP Gatefold
LP...$32.99 34.99 (CD...$2.99)
A great collection of vintage Jackson 5 material from the Motown years – and one that also features solo work from Michael and Jermaine too! The tracks here capture the young group at their early best – full of fire, energy, and the kind of dynamic that made The Jacksons so different ... LP, Vinyl record album