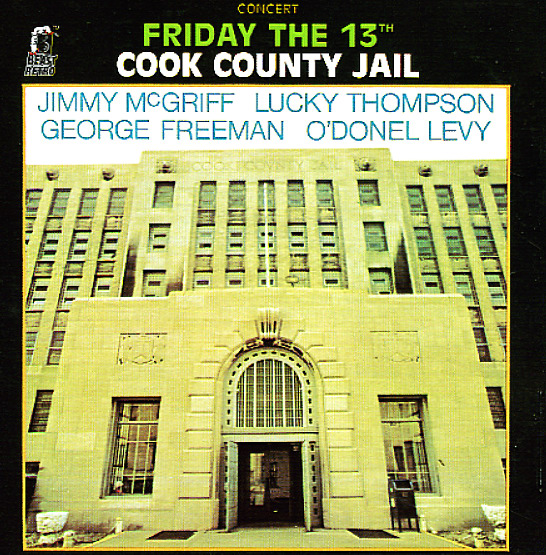 Gritty gritty gritty! This live set of soul jazz tracks was recorded in Chicago's Cook County Jail on Friday the 13th, 1972 – and we can hardly think of a darker place to record a soul jazz album! Side one features the aptly-named "Freedom Suite", an extended groover played by Jimmy McGriff, and a 2-guitar group that includes George Freeman and Odonel Levy – and side two has Lucky Thompson playing in a soulful group with Cedar Walton on electric piano, on the tracks "Green Dolphin Street" and "Everything Happens To Me". A pretty incredible event to be recorded – trust us, we drive by the jail a fair bit on the way to work!  © 1996-2022, Dusty Groove, Inc.