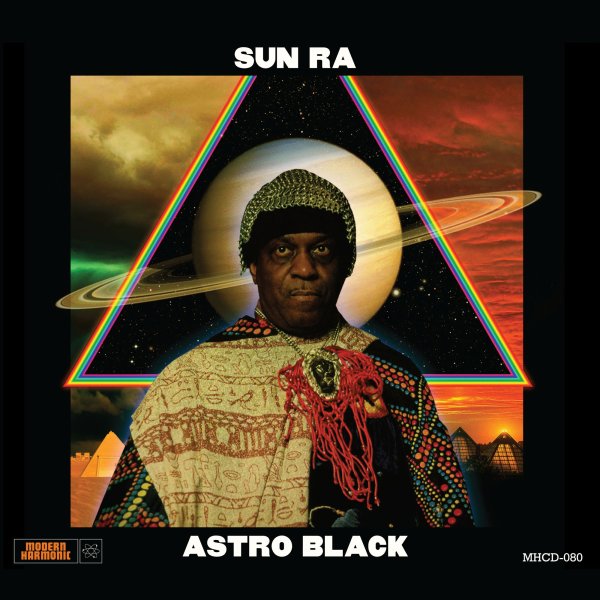 One of the darkest Sun Ra albums of the early 70s – and a set that's also a bit unusual in his catalog as well! The album was issued during Ra's run with Impulse Records – a period that mostly saw the label reissue previous records from the Saturn catalog – save for a rare few like this one, which was an unusual all-new batch of material for Impulse! Because of that, it's been a bit overlooked in later years – maybe missed as less authentic, but actually some of the most striking sounds that Ra created at the time! There's a very strong tension here between electric and acoustic elements – not in the usual fusion-based way, but instead with this vibe that often has the electric instruments providing darker areas of sound, while the woodwinds and percussion have a way of humanizing the proceedings. June Tyson's also at her moodiest on the title track, "Astro Black" – and other titles include "Hidden Spheres", "Discipline 99", and the long improvisation "Cosmo Fire".  © 1996-2022, Dusty Groove, Inc.