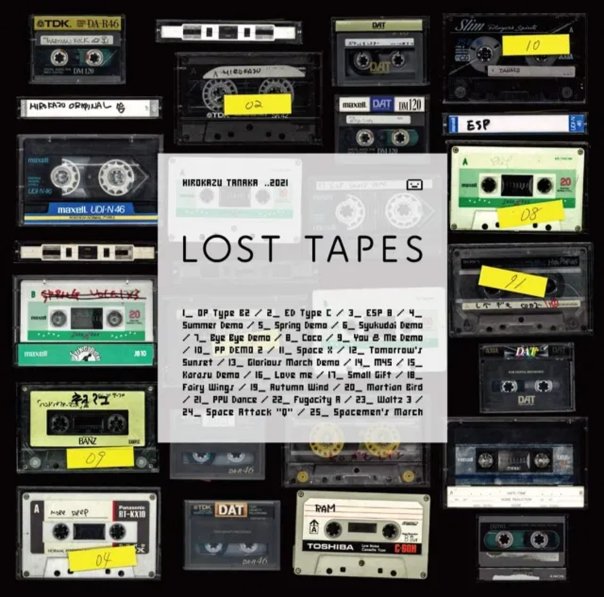 The cover here gives you a good idea of what you're in for – rare material from Japanese electronic composer Hirokazu Tanaka – best known for his work on the scores of important Nintendo games – most of of it from the glory days of the cassette, and pulled from Tanaka's archives! The tracks are often beautifully tuneful – spare melodies handled mostly on keyboards, and augmented with other sonic touches and electronic rhythms – kind of a late 80s extension of some of the more familiar modes of Japanese electronic music at the start of the decade. There are vocal tracks at times, although they're not key to the set – and the package features a whopping 25 tracks in all – including "Martian Bird", "Autumn Wind", "Karasu Demo", "Small Gift", "Fairy Wings", "You & Me Demo", "Space Attack Q", "Coco", "Space X", and "Spacemen's March".  © 1996-2022, Dusty Groove, Inc.