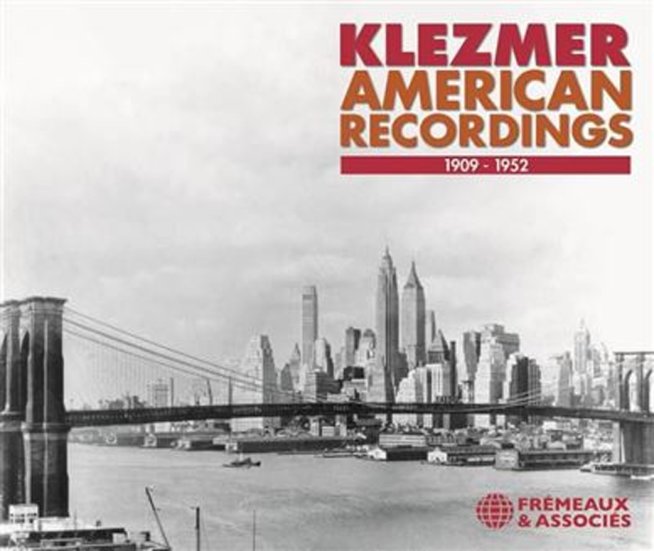 One of the best collections of early klezmer music we've ever seen – a big package that traces the roots of the style as it developed in the hands of early Jewish immigrants to America at the turn of the century – then grew and transformed as European styles came into context with American jazz! As with polka, which really got its identity in America from strands of different European styles coming together in immigrant communities – klezmer was a very powerful force and form of identity for the growing Jewish communities of new arrivals – and received surprisingly strong treatment by the record industry, especially in the years before WWII! This package features a whopping 40 tracks, divided up into early acoustic and later electric recordings – all with detailed notes in French and English – alongside selections by Joseph Moskowitz, Abe Schwartz, Naftule Brandwein, Mishka Ziganoff, Dave Tarras, Bagelman Sisters, Seymour Rechtzeit, Lou Lockett, Sam Musiker, Al Glaser, and others.  © 1996-2021, Dusty Groove, Inc.

Dark Sunrise (2CD set)
Now Again, Mid 70s. New Copy 2CD
CD...$9.99 18.98 (CD...$8.99)
An amazing set that documents the early years of the Zamrock scene – the funk and psych informed Afro Rock pioneered by vocalist and African guitar legend Rikki Ililonga and his group Musi-O-Tunya in Zambia from 1973 to 1976 – and compiled beautifully in this great set from Now ... CD