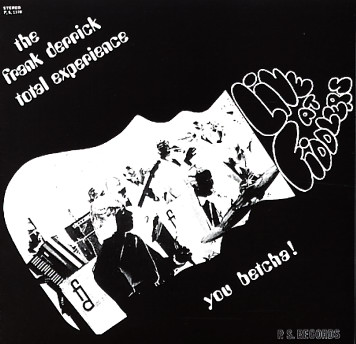 A pretty hip batch of soul jazz tracks – recorded by drummer Frank Derrick live at Fiddler's nightclub in Chicago. Derrick's group plays a bit of everything – from Eddie Harris funky jazz to driving big band numbers to organ-heavy soul jazz numbers – all with a nicely heavy bottom that really gives the tracks an edge! The recording quality is nicely rumbly at times – almost giving the record the feel of some of those great local school band records from the same period – but the album's even better than those, because the tunes here are all original numbers – with a great overall conception that's a lot fresher than the usual album of this sort! Titles include "No Jive", "Jazz Scene", "Variations In Jazz", "Inspiration", and "Socialite Suburbanite".  © 1996-2022, Dusty Groove, Inc.