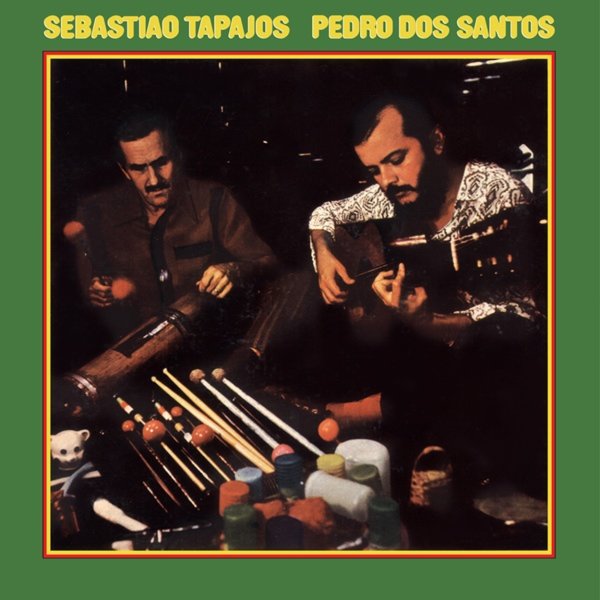 Guitarist Sebastiao Tapajos really sounds wonderful here – playing in a spare setting, but a lively one too – thanks to work from percussionist Pedro Dos Santos, who plays a wide variety of instruments that really keep things groovy! There's a feel here that's a bit like some of Baden Powell's small combo records – kind of a post-bossa approach, with more complexity in the guitar work – and a groove that never stops being interesting – thanks to Pedro's work on tamborin, berimbau, tumbadora, and a host of other instruments too. Includes "Estudio No 1", "Despedida De Mangueira", "Encuentro Marcado", "Cantico Del Agua", "Himalaya", "Santarem", "Sorongaio", "Solfeggeto", "Cajita De Musica", "Munganga", "Primavera" and "Solo De Bambu".  © 1996-2021, Dusty Groove, Inc.

3 Sessions In A Greenhouse (red vinyl pressing)
Diginois/Mais Um Discos (UK), 2006. New Copy
LP...$24.99
The most mindblowing record to date from Lucas Santtana – a dub-heavy session recorded live in the studio, done with a darkly brooding sound that's far different from his other albums! Instrumentation here is by the combo Selecao Natural – working in a blend of heavy bass and horns ... LP, Vinyl record album