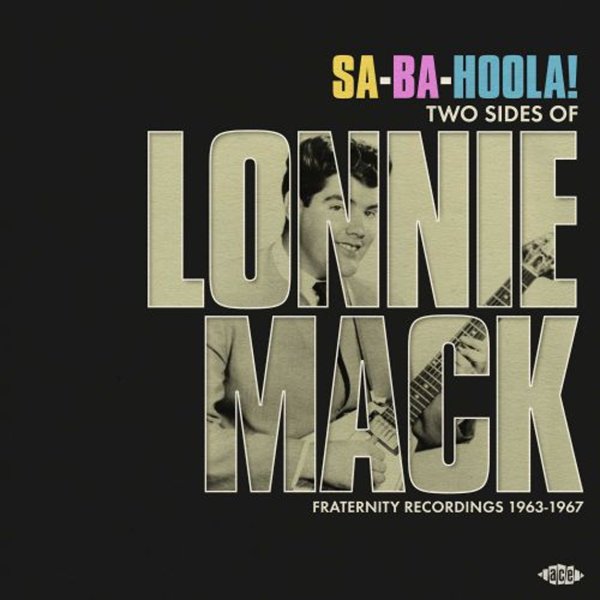 Lonnie Mack's a hell of a guitarist, and one who never sounded better than on these early recordings for the Fraternity label – presented here in a a set that includes work from his famous album on Fraternity, plus some rare singles and other cuts too! Mack plays with a sense of focus that's right there with the early days of rock, but also uses a current of fuzz that went onto inspire many others, too. The work has a raw, romping groove that's more late 50s Link Wray or rocking instrumental than you might expect from the mid 60s recording date – a vibe that's probably tipped-off by Lonnie's haircut on the cover, and definitely carried through on the sound of the tunes! The album serves up one side of guitar-heavy instrumentals, and one side of vocal cuts – which still have plenty of guitar – and tunes include "Sa Ba Hoola", "Lonnie On The Move (take 2", "Omaha", "I'll Keep You Happy", "I've Had It", "Baby What's Wrong", "Honky Tonk 65", "No More Pain", "Wham", "Tension (part 1)", "Oh I Apologize", and "Where There's A Will".  © 1996-2022, Dusty Groove, Inc.

Fell From The Sun – Downtempo & After Hours 1990/1991
Ace (UK), Early 90s. New Copy 2LP Gatefold
LP...$29.99 36.99 (CD...$12.99)
A beautiful collection of modern mellow music – served up in a set that features very different territory than the usual sorts of compilations given to us by Bob Stanley and Pete Wiggs – not the older music that they put together so well, but work from an early 90s moment when the duo ... LP, Vinyl record album

Girls With Guitars – Groovy Guitar Toting All Girl Bands & Suchlike From The 60s (colored vinyl)
Ace (UK), 1960s. New Copy
LP...$18.99 28.99
Girls with guitars – a very dangerous combination, and one that's served up nicely by this sweet little vinyl set! The package brings together obscure girl rock tracks from the 60s – most of them in a rough garagey mode that stands as a very nice counterpoint to the sweeter girl group ... LP, Vinyl record album

Ciao Bella – Italian Girl Singers Of The 60s
Ace (UK), Mid 60s. New Copy Gatefold
LP...$18.99 24.99
Great groovy pop from the Italian scene of the 60s – a wealth of rare singles from female singers, almost all of whom we've never heard before! We'll confess to a long love and deep knowledge of female French singers from the time – but also admit a strong ignorance about most Italian ... LP, Vinyl record album