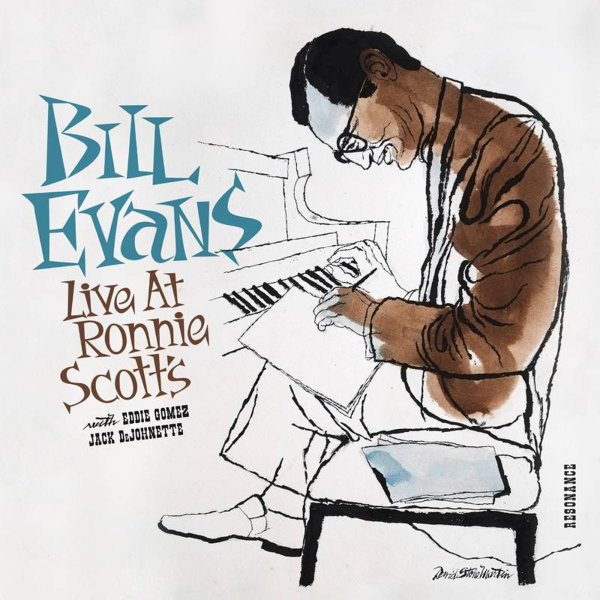 The first-ever release of a Bill Evans concert recorded at Ronnie Scotts in London – a place where he cut other work in other years, but maybe not at a level like this! The group is wonderful – Bill's budding relationship with the bassist Eddie Gomez, who was bringing a richness to the Evans piano that even previous players didn't reach – and who was also establishing the bass as as an important voice in the trio as Bill's piano! The drummer is Jack DeJohnette – a player who's just finding his voice in jazz, but a perfect choice for the others here – as the group handles material that includes "Waltz For Debby", "Very Early", "Emily", "Nardis", "Autumn Leaves", "Round Midnight", "Quiet Now", "Stella By Starlight", "Alfie", "Yesterdays", and "Turn Out The Stars". Features a 44 page booklet with previously unreleased photos, a new essay, and interviews with Eddie Gomez and Jack DeJohnette!  © 1996-2022, Dusty Groove, Inc.
(Still sealed.)

Quintessence
Fantasy, 1977. Used
CD...$8.99
70s work from Evans, caught not in his typical solo or trio setting, but in an all star quintet that recalls his excellent Interplay sides. Evans is joined by Harold Land, Kenny Burrell, Ray Brown and Philly Joe Jones who offset Evans' contemplative approach beautifully here. 5 numbers in all, ... CD

Echoes Of Indiana Avenue
Resonance, 1957/1958. Used
CD...$11.99
A treasure trove of lost work from Wes Montgomery – very early recordings done in his native Indianapolis, and packaged with a great book of vintage photos as well! The set offers a key look at Wes' music before he moved onto greater fame out west – a great slice of sounds that are ... CD