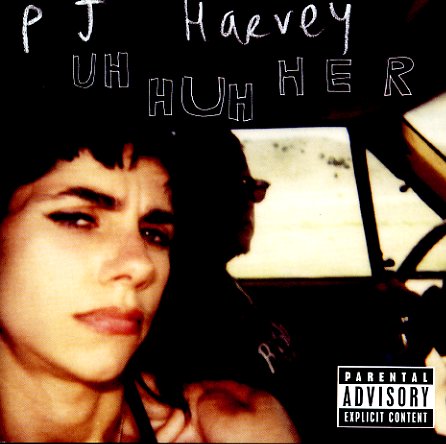 A little bit leaner, and little bit darker, and a lot more solo of a PJ Harvey album after the comparatively bigger sounding Stories From The City, Stories From The City (itself largely the work of trio, though more deliberately layered and polished) – but true to form, Polly subverts the expectation that she'd strip things raw on a record in which does all but play the drums on – not just on guitars and vocals, bass, piano, accordion, melodica and more on an effort that has a fleshed out band vibe done mostly herself! Rob Ellis handles drums and percussion and titles include "The Life And Death Of Mr. Badmouth", "Shame", "Who The F**k?", "The Pocket Knife", "The Letter", "The Slow Drug", "No Child Of Mine", "The End", "Seagulls" and "The Darker Days Of Me & Him".  © 1996-2021, Dusty Groove, Inc.