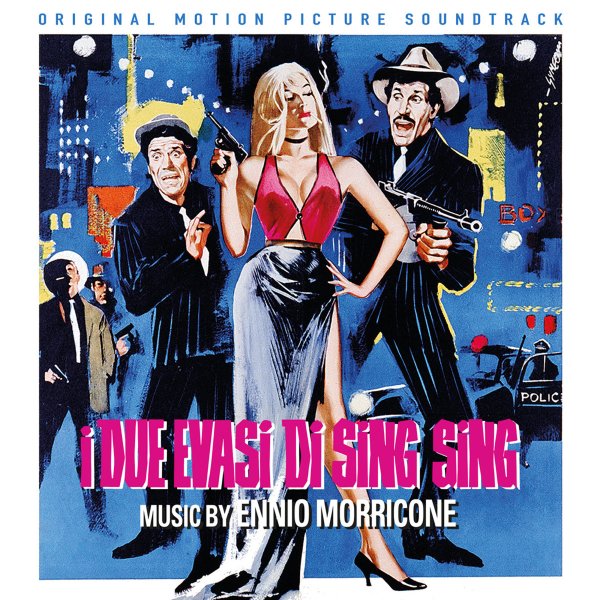 An early soundtrack from Ennio Morricone – and a more unusual setting than some of his famous later work of the 60s and 70s! The movie is a prison comedy, and is handled by Morricone with style that's heavily in the crime jazz side of the spectrum – maybe more in the mode of Piero Piccioni in the early 60s, and occasionally mixed with some more dramatic tracks, and a few playful comedic moments. The whole thing is a very different slice of the maestro than expected, and still pretty darn great – a key look at his roots before stardom. Titles include the vocal number "Oh Little Birdy" – plus "Gangsters", "Al Night Club", "Bossa Per Gloria", "Incontro Dei Boss", "Le Sedie Elettriche", "Ballando Ballando", and "Il Tempo Che Passa".  © 1996-2021, Dusty Groove, Inc.