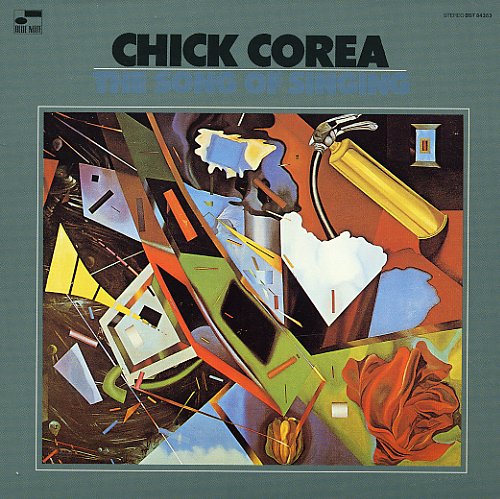 A key album in Chick Corea's shift from Latin jazz to arch-modern – recorded with Circle bandmates Dave Holland on bass and Barry Altschul on drums, and done with a free sound that's quite unusual for Blue Note at the time! Chick's out on this one – way out – in that free mode of his first great rise to fame, without any of the silly Scientology of later years – and Holland and Altschul are in some of their greatest form ever, working with Chick to craft a starkly compelling album of tunes that showed that jazz piano still had a lot of room to grow at the start of the 70s! Titles include "Toy Room", "Ballad I", "Flesh", "Rhymes", and "Nefertitti".  © 1996-2021, Dusty Groove, Inc.
(SHM-CD pressing – part of the "Forever Chick Corea" collection!)