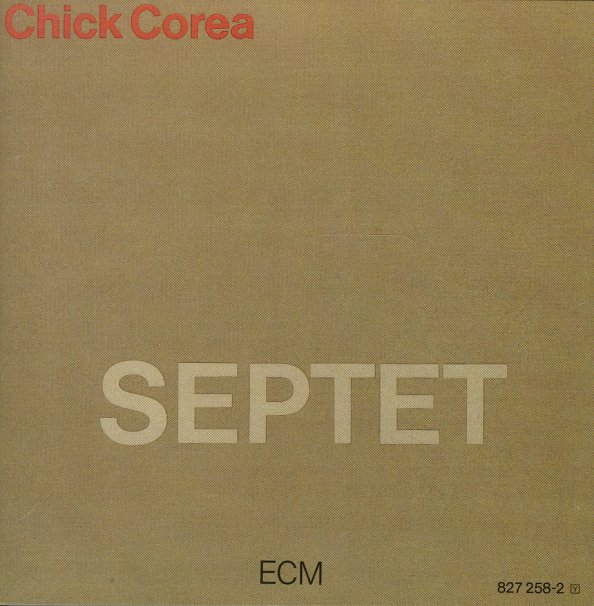 A beautiful bit of "serious" music from Chick Corea – a standout set from the 80s, penned for piano, string quartet, flute, and French Horn – yet handled with a sense of color and tone that's quite different than any sort of staid chamber music might sound! Chick's opening up all these great acoustic waves of sound here – music that pulsates with an inherent sense of rhythm, but also has none of the rhythmic conventions of jazz – just this wonderful interplay between Corea's piano, the flute of Steve Kujala, French Horn of Peter Gordon, and the lineup of two violins, viola, and cello! The core of the record is the five movement "Septet" – and the set also features "The Temple Of Isfahan".  © 1996-2022, Dusty Groove, Inc.
(SHM-CD pressing – part of the "Forever Chick Corea" collection!)