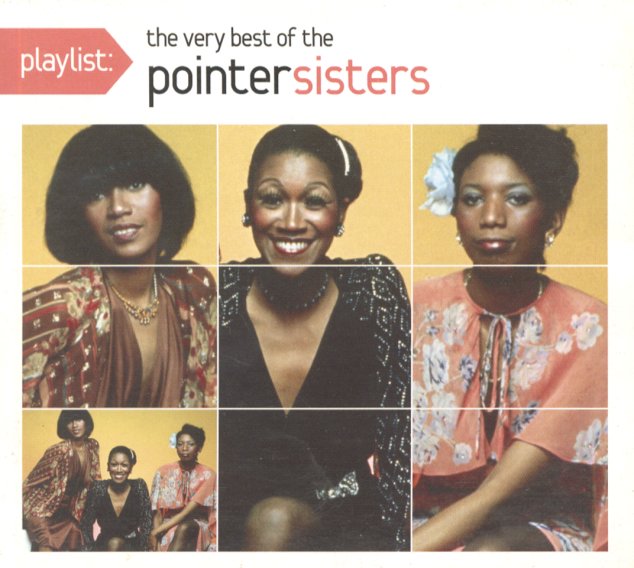 Playlist – The Very Best Of The Pointer Sisters

Still Bill
Columbia/Legacy, 1972. Used
CD...$3.99 (CD...$5.99)
Bill Withers' second album – even more wonderful than the first! The record's a perfect summation of all that made Bill so great – warm raspy vocals, sweet soulful production, mature songwriting, and just the right use of acoustic guitar to accent all the best elements in the music! ... CD

Bill Withers Live At Carnegie Hall
Columbia/Legacy, 1973. Used
CD...$4.99 (CD...$6.99)
A brilliant double live album by Bill Withers – different than his studio work, and every bit as essential! The album's similar to Curtis Mayfield's double live album around the same time – in that it's got Bill in front of a very enthusiastic crowd, playing in a stripped down way that ... CD

Ain't That Good News (SACD)
RCA/Abkco, 1964. Used
CD...$18.99 (LP...$21.99)
Good news galore from the great Sam Cooke – maybe THE album in which he fully shows off his unique contribution to soul music in the 60s – that mix of raw and sweet, easygoing and progressive – a mode that had a huge impact at the time, and went onto become a strong influence for ... CD

Keep Movin' On
Abkco/RCA, Early 60s. Used
CD...$7.99
A brilliant overview of Sam's best secular soul from the 60s – a well-done collection that contains tracks from Sam's early sessions for RCA, and which presents the material with a full set of notes by Peter Guaralnick, and complete details on all the sessions! Some of the tunes on here were ... CD

Life Goes On (plus bonus tracks)
RCA/Real Gone, 1976. Used
CD...$8.99
Life goes on for Faith, Hope, & Charity – and goes on pretty darn strongly, too – thanks to some wonderful work from the great Van McCoy, served up at a level that really goes beyond his stock sound of the time! The group's blend of one male and two female singers really works well ... CD