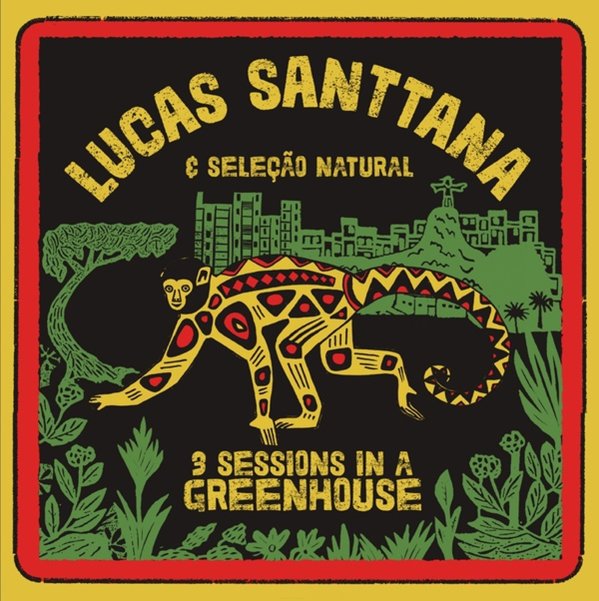 3 Sessions In A Greenhouse

The most mindblowing record to date from Lucas Santtana – a dub-heavy session recorded live in the studio, done with a darkly brooding sound that's far different from his other albums! Instrumentation here is by the combo Selecao Natural – working in a blend of heavy bass and horns that are often nicely processed in the production – given a real old school approach to dub, but without losing any of the spontaneity of the live performance! Lucas himself sings, plays guitar and cavaquinho – and his presence on the record often comes out more cleanly in relation to the headier backings, making for a contrast that really adds a lot of power to the songs, and a sense of presence that's way more than just quirky genre-crossing pop. And although dub is one of the strongest elements here, there's plenty of other influences working through the mix too – including bits of Afro Beat and old school electro! The record features guest appearances by Tom Ze, Phyllis Huber, and Gilbar Bola 8 of Nacao Zumbi – and titles include "Pela Orla", "Tijolo", "Into Shade", "A Natureza Espera", "Ogodo Ano 2000", and "Pela Orla Dos Velhos Tempos".  © 1996-2021, Dusty Groove, Inc.