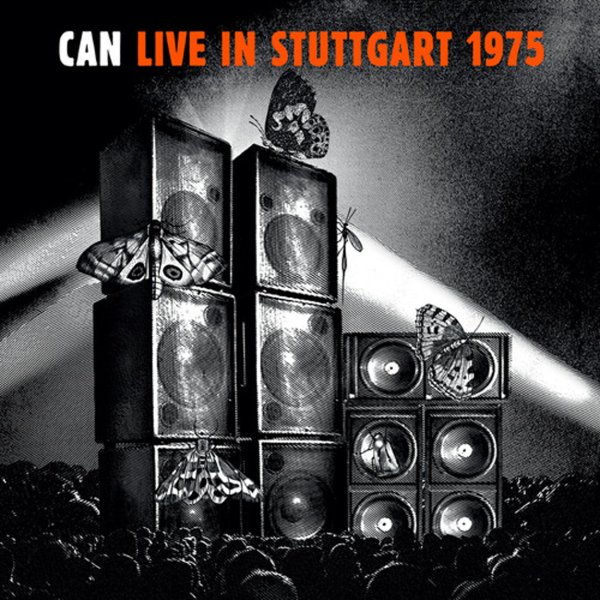 A great addition to the 70s catalog of the legendary Can – a set of live recordings made in Stuttgart in 1975, all of which have the group working in this wonderfully long-jamming style! Tracks are long, and maybe even more proggy than the group's studio work of the time – an all-instrumental onslaught driven by the incredible drums of Jaki Leibezeit, with guitars from Michael Karoli, bass from Holger Czukay, and keyboards and electronics from Irmin Schmidt! Schmidt himself oversaw the entire release – and the way the tracks are put together is revelatory – a long-overdue look at the power the group had to offer in a concert setting – every bit as wonderful as their classic albums, but in a completely different way.  © 1996-2022, Dusty Groove, Inc.
(Limited orange colored vinyl pressing – with download!)