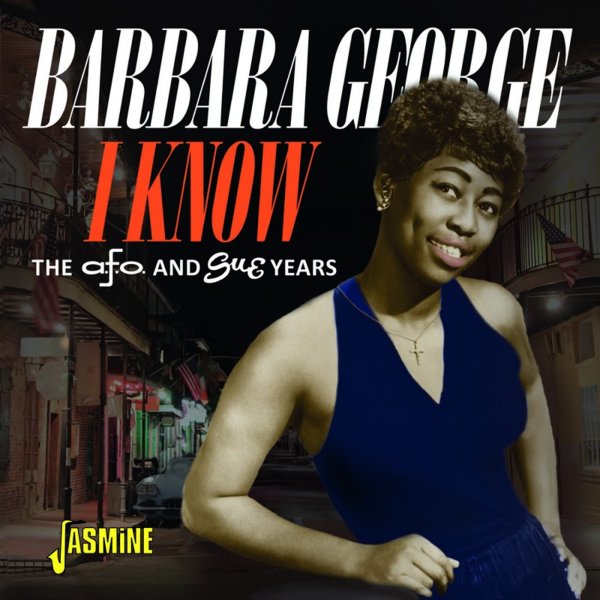 Barbara George is best known for the title track of this set – but she's also a hell of a singer from the early 60s New Orleans scene, and one who wrote a fair bit of her own material too! George is very much like Barbara Lynn in that way – more than just a great voice pulled into the studio to cut a few singles – as she's got a depth of feeling and great way with a pen, talents that should have been able to blossom much more strongly in years to come – had the singer ever gotten the treatment she deserved! Still, you can't beat the setting here – half tracks that were recorded with the great Harold Battiste for the AFO label, plus more Sue Records singles from the early 60s – before George left music way too early. Titles include "Whip O Will", "I Know", "The Recipe", "Bless You", "If You Think", "I'm In A Strain", "Hurted", "Without Love", "You Talk About Love", "Try Again", "Send For Me", and "If When You've Done The Best You Can".  © 1996-2021, Dusty Groove, Inc.