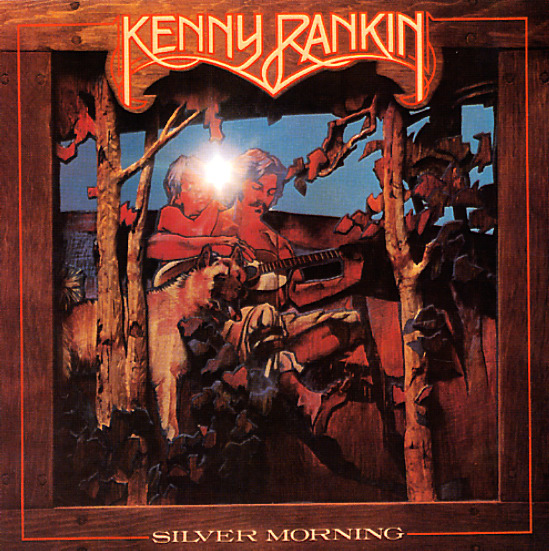 Kenny Rankin at the height of his powers – working in an amazing blend of styles that includes bits of folk, jazz, and bossa – all wrapped together with a really warm feel overall! The album's got a somewhat full feel – but like Kenny's best work on his debut, there's a really personal quality that shines through beautifully – a sense of intimacy even amidst some of the larger backings, one that really keeps a focus on Rankin's voice and guitar. Jimmy Haskell did the arrangements – and his talents here are worthy of note as much as Kenny's – and guests on the session include Deniece Williams and Jim Gilstrap on backing vocals, plus King Errison on percussion. Titles include Rankin's classics "Haven't We Met" and "Name Of Love", a wonderful remake of "Berimbau", and the titles "Blackbird", "People Get Ready", "Catfish", and "Penny Lane"  © 1996-2022, Dusty Groove, Inc.
(Cover has an unglued seam and light wear.)

Kenny Rankin Album
Little David, 1977. Near Mint-
LP...$4.99
A simple title, but a classic album – arguably one of Kenny Rankin's biggest hits of the 70s, but every bit as great as his lesser-known work! Don Costa arranged the set, but the sound is still wonderfully intimate – with a focus on Kenny's vocals and acoustic guitar, steeped in folksy ... LP, Vinyl record album

Everyday I Have The Blues (aka Joe Williams Sings Everyday)
Regent/Savoy, Early 50s. Near Mint-
LP...$4.99
Incredible early work from Joe Williams – harder, rawer, and spookier than any of his more famous sides from the late 50s and 1960s! The album's got a style that's almost R&B in parts – and features Joe effortlessly swinging his way through a set list that includes "It's ... LP, Vinyl record album

Mister B & The Band – Savoy Sessions
Savoy, 1945/1946. Near Mint- 2LP Gatefold
LP...$3.99
Amazing work from the early, legendary years of Billy Eckstine – that time when he was fronting one of the hippest backing groups a vocalist could hope to have! Eckstine's voice was already becoming the stuff of legend by the time of these recordings – but thanks to contributions from ... LP, Vinyl record album