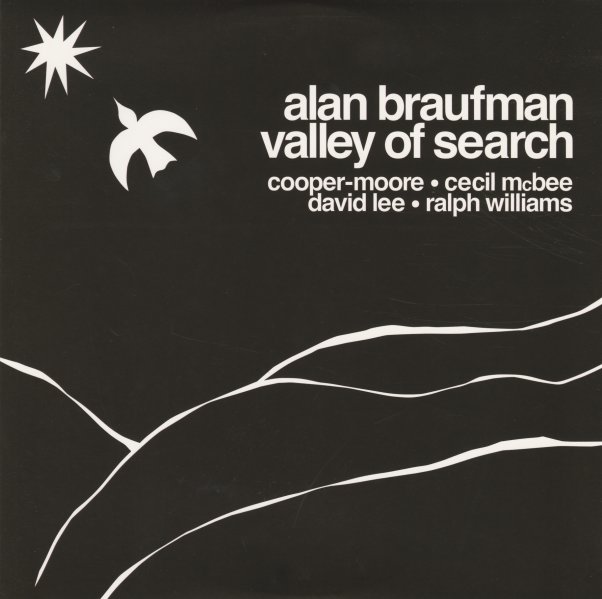 Valley Of Search (with bonus tracks)

One of the only albums ever issued by New York reedman Alan Braufman – a player who works here in a setting that really captures the best energy of the loft jazz scene in the 70s – at a time when Braufman was part of a musicians collective on Canal Street that also included David S Ware! Ware isn't on this set, but that's OK with us, because the rest of the group is so great – Braufman on alto, flute, and pipe horn – with Cooper Moore on piano and dulcimer, the latter of which is used in very cool ways – plus Cecil McBee on bass, David Lee on drums, and Ralph Williams on percussion. Cooper Moore delivers a striking spoken passage on "Chant" – and other titles include "Miracles", "Ark Of Salvation", "Rainbow Warriors", and "Love Is For Real". Also features a never-issued live performance – a beautiful 18 minute improvisation between Alan Braufman on alto and Cooper Moore on piano – recorded as it slide out over the airwaves of WKCR in New York, in 1972 – and a much-needed addition to the small amount of recordings that Braufman made in the 70s! The piano is great – rolling with a sense of freedom sometimes, but returning to majestic melody at others – and Braufman blows with this searching quality that really matches its energy, and sounds deeply soulful throughout.  © 1996-2021, Dusty Groove, Inc.
(Include bonus 18-minute session Live At WKCR, May 22, 1972.)