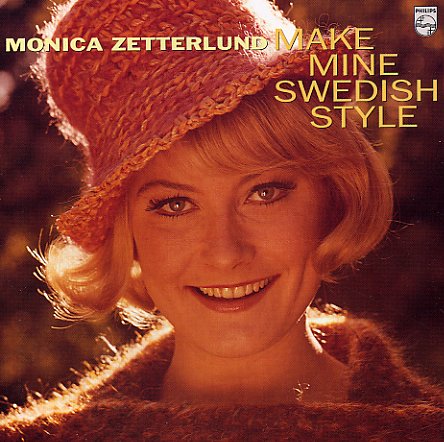 Make ours Swedish Style too! This set's one of the best early albums by Swedish singer Monica Zetterlund – one of our favorite singers ever, and one of those rare European lovelies who could sing in English with the best of American vocalists, but who could also pick up on the changes in European jazz at the time, and take her work past the usual standards of vocal jazz. This nicely swinging set features Monica's voice over backings by the Bill McGuffie Quartet, a tight little ensemble that includes a conga, which gives the tracks a nice rolling groove – always a plus, considering how much Monica loves to swing! Titles include "Left Alone", "Blue Prelude", "He's My Guy", "Detour Ahead", "You've Changed", and "The Second Time Around".  © 1996-2021, Dusty Groove, Inc.
(Out of print.)

Unforgettable
Three Blind Mice/Craftman (Japan), 1973. Used
CD...$14.99
Torchy vocals from singer Mari Nakamoto – sung in English, and graced with some really lovely arrangements! The tunes are mostly standards, and Mari's presentation is traditionally torchy – but the backings have a lightly swinging quality that features some of the great touches the ... CD

I Don't Worry About A Thing/Moses Alive
Collectables/Atlantic, 1962/1966. Used
CD...$8.99
2 Atlantic sessions from Mose – back to back on one CD! I Don't Worry is one of Mose's first albums for Atlantic – a great set of soulful jazz vocals, done in a rootsy style that has some slight New Orleans touches – and a nice sort of beat undercurrent! The sound of the set ... CD