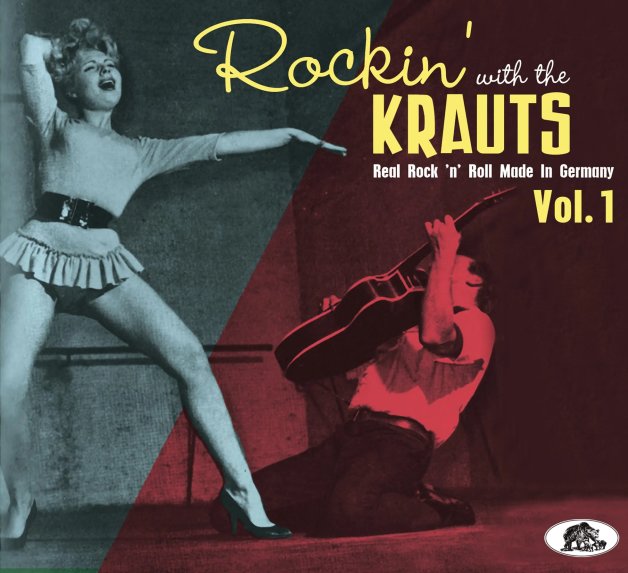 A way cooler set than you might expect – rock and roll from early 60s German that has a voice that's all its own – not slavish takes on American hits, but some really great work that shows that this new generation of musicians are really finding their own sound and style! Sure, there's a definite influence from the US – but the songs are all pretty darn fresh, and many of them have this really mad sort of vibe – almost a German take on the kind of wild and oddball 45s that you'd be likely to hear from the Cramps side of the spectrum! As part of that, there's a wealth of wonderful guitar work – really stepping out next to the mostly German lyrics – on a set of 33 tunes that include work by Benny Quick, Nora Nova, The Gisha Brothers, Peter Kraus, The Starfighters, Ted Herold, Pichi, The Rattles, Progressives, Six Tornados, Billy Sanders, and others.  © 1996-2022, Dusty Groove, Inc.