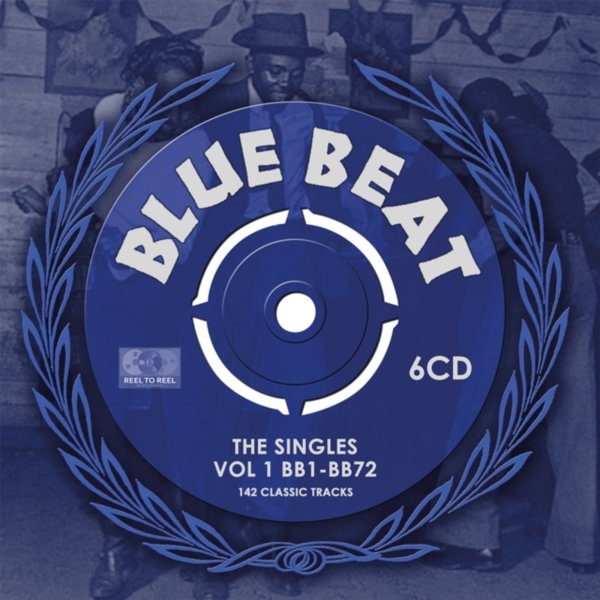 A huge run of music from the legendary Blue Beat label – a crucial British label that brought the sounds of Kingston to the shores of London – forever helping transform the musical culture in that city! Blue Beat got its start in the 60s, and much of this work is in the earliest Jamaican modes mento turning into jazz, ska, and even a bit of rocksteady – spread out here in a huge 6CD package that includes every track on the first 72 singles for the label – both a-sides and b-sides – which makes for 142 tracks in all! The set is huge, and features important 60s Jamaican recordings by a huge number of artists, plus London work too – work by Lloyd & Cecil, Laurel Aitken, Azzie Lawrence, Alton & Eddy, Clancy Eccles, Hank Marr, Errol Dixon, Eric Morris, Duke Reid's Group, Theo Beckford, The Mello Cats, Charmers, Sir D's Group, Roland Alphonso, Rico Rodriguez, Cecil Byrd, Byron Lee, and many others.  © 1996-2021, Dusty Groove, Inc.