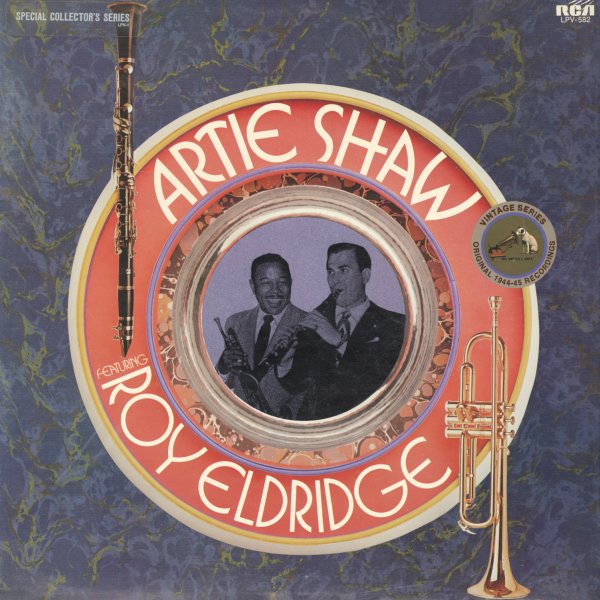 Different Drummer
RCA, 1971. Near Mint-
LP...$7.99
A 70s gem from Buddy Rich – a session that's cut with some really tightly arranged backings, but done in a way that actually has Buddy kicking the kit even more than usual! Some of the best tunes on the set have a really wicked sense of funk – one that uses a bit more space than in ... LP, Vinyl record album

Drum Suite
RCA, 1956. Very Good
LP...$2.99
Hard-swinging big band material – with a heavy emphasis on drums! The album is a suite of six tracks – all written by either Manny Albam or Ernie Wilkins, both of whom arrange the groups on the set – really letting them open up nicely on the album's longish tracks. Manny and ... LP, Vinyl record album

Long Yellow Road
RCA, 1974. Very Good
LP...$4.99
A 70s classic from the team of Toshiko Akioshi and Lew Tabackin – a duo who did for the jazz ensemble mode in their generation what Kenny Clarke and Francy Boland did in the 60s! The material here is wonderfully inventive – the kind of compositions that Toshiko wouldn't have even ... LP, Vinyl record album

Speak No Evil
RCA, 1976. Very Good+
LP...$14.99
One of the tightest 70s albums from Buddy Rich – a record that's got some smooth and soulful touches, and a groove that's quite different than most of his other work! Chicago soul maestro Richard Evans handled the arrangements for the record – and he's got a great way of making things ... LP, Vinyl record album