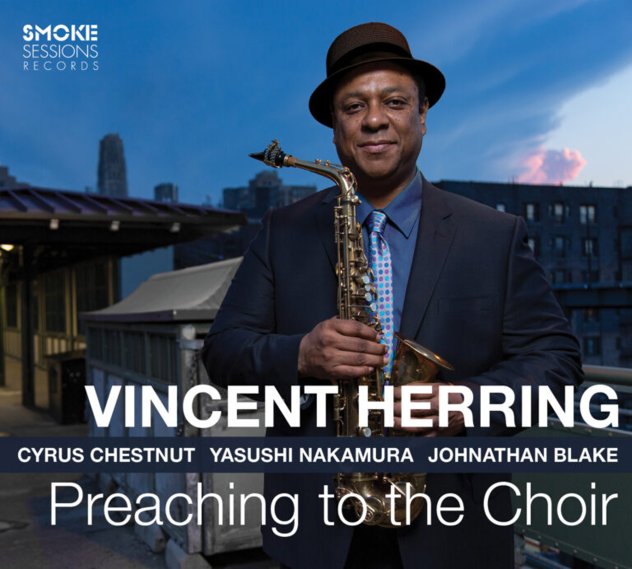 Preaching To The Choir

Vincent Herring can certainly preach with his horn – a deeply soulful version of alto sax that gets plenty of room to open up and speak its message here – working through a set of long, lovely tracks with really great support! The group's a quartet – with Cyrus Chestnut on piano, Yasushi Nakamura on bass, and Johnathan Blake on drums – instantly hitting that kind of a groove that really makes Herring sound his best – a level of accompaniment he doesn't always get on record – but when he does, on a set like this, it reminds us all over again how much we can love his music when it finds the right sound! There's a solidity here that makes the record one of Herring's best in years – and titles include "Dudli's Dilemma", "Ojos De Rojo", "Granted", "Preaching To The Choir", "Minor Swing", "Fried Pies", and "You Are The Sunshine Of My Life".  © 1996-2021, Dusty Groove, Inc.