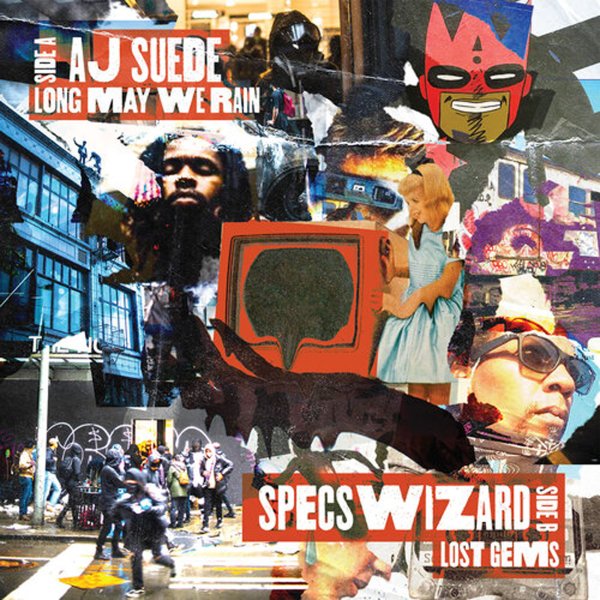 A split album – featuring work from Seattle up-and-comer AJ Suede, and longstanding resident artist Specswizard! There's a strong sense of history that runs through the AJ Suede titles – vintage soul snippets and historical recordings – laced together carefully to accompany AJ's down to earth lyrics on titles that include "Blood Cruzzins", "Democrazy Manifest", "The Plane", "Majora", and "Ten Times Plus". Things are a bit more lean on the Specswizard side – lots of fantastic soulful tones and textures, mixed together with a spare sound that never gets in the way of the muted voice that delivers the rhymes – some biting commentary on his city and scene – on titles that include "Floyd", "The President", "Legend", "Pirate Tax", "Another", and "Empty".  © 1996-2022, Dusty Groove, Inc.
(Hand-numbered limited edition of 500!)