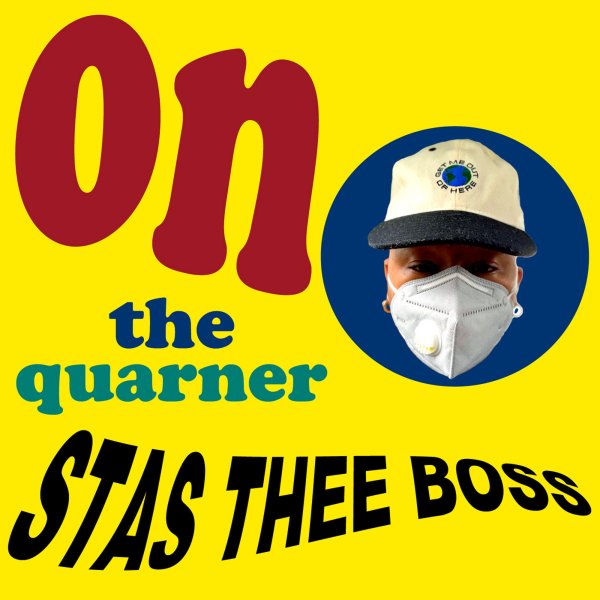 On The Quarner (red vinyl pressing)

Striking sounds from Seattle female rapper/producer Stas Thee Boss – a record that has a core of sounds inspired by the Miles Davis album On The Corner – referenced here in the title and cover graphic – with a shifting array of sounds and rhymes that the trumpeter would have been proud to hear! The record's got all these dark textures and subtle sonic elements – and Stas' rhymes slide right into the mix, shifting themes in the spacious 15 minute work at the core – augmented on vinyl by a few bonus tracks too! Quarner passages include "Hex Girlfriend", "Unsullied", "Wow", "Change", "Owe Mike Nobody Cares", and "Well Yeah" – and bonus cuts include "For The Less Fortunate", "Frontin Centered", and "Love Everybody".  © 1996-2021, Dusty Groove, Inc.
(Hand-numbered limited edition of 500!)