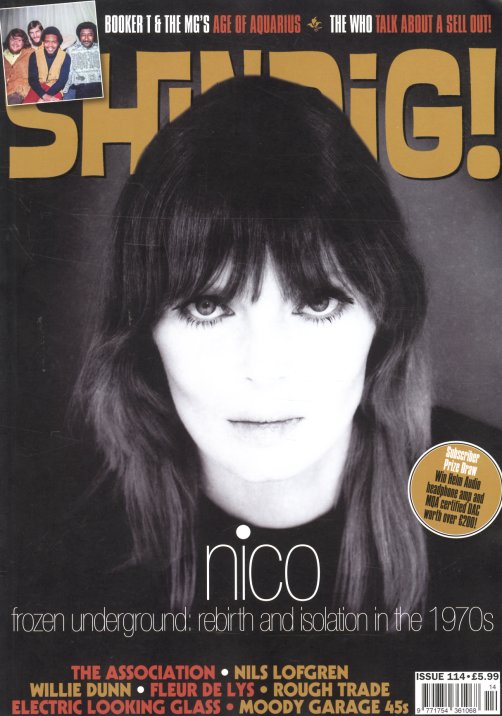 That's an image of Nico from her Marble Index record on the cover – and the issue covers all of her great music from that point in time – the early 70s shift into even darker, moodier sounds than she'd given the world with the Velvet Underground and on her initial solo album for Verve! There's also lots more too – the rebirth of Booker T & The MGs at the end of the 60s, the making of the fantastic Sell Out album by The Who, and more on The Association, Fleur De Lys, Nils Lofgren, Willie Dunn, Electric Looking Glass, and rare teen garage 45s from the 60s! Plenty more too – and Shindig is always one of the most delightful publications to read month after month.  © 1996-2021, Dusty Groove, Inc.

Issue 445 – March 2021
Wire, 2021. New Copy
Magazine...$10.99
The legendary British vocalist Maggie Nicols is on the cover – an experimental singer from her early work with Spontaneous Music Ensemble onward – still very much at a creative peak on a recent solo album! The issue also has articles on the flute and sax genius of James Spaulding, ... Magazine

Issue 271 – Vol 52, No 2
Living Blues, 2021. New Copy
Magazine...$4.99
Cali blues guitarist Kirk Eli Fletcher is on the cover, and gets a nice long feature inside – and the issue also looks at the Texas blues of Willie Ja Laws, the southwest sound of Lucius Parr, and there's a special feature on a legendary 1935 recording date for ARC – which featured ... Magazine