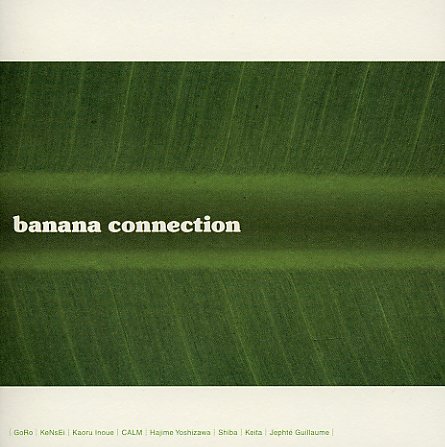 A very organic set of grooves – from the banana-produced packaging, to Spiritual Life-styled tunes on the set! The album does a great job of blending together on-location sound bits – recorded in Haiti and elsewhere – with a mixture of upbeat and mellow tunes that bubble over with richly organic elements and lots of acoustic touches! Titles include "River Walk" by Hajime Yoshizawa & Goro, "Dream Of Blue Curve" by Shiba, "Sketch On Banana Paper" by Calm, "Leogan Dub" by Kensei, "Sweet Herb" by Keita & Goro, "Kokoro" by Jephte Guillaume, and "Mermaid" by Kaoru Inuoe & Goro.  © 1996-2021, Dusty Groove, Inc.
(Out of print, includes obi.)