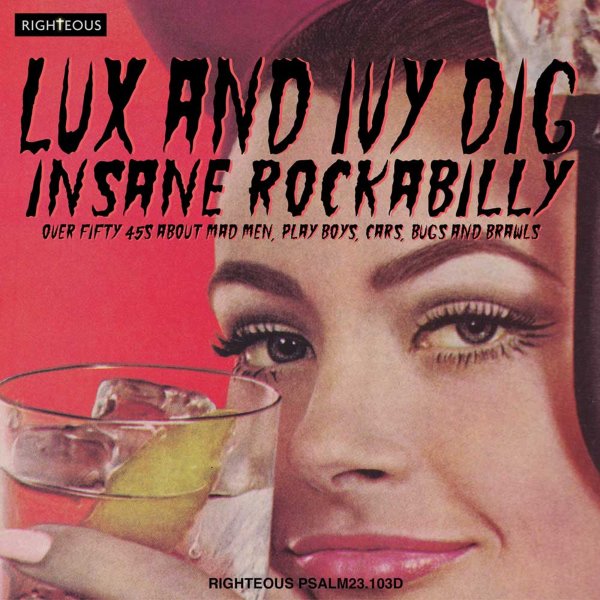 Lux and Ivy have given us plenty of great music in plenty of great styles – but the duo are probably closest to the raw spirit of the early rockabilly years – a sound that was instrumental in their music as The Cramps! Here, the duo dig through some of their favorite rare singles from way way back – the kind of obscure cuts that even go past some of the better-done European compilations in recent decades – and which remind us that Lux and Ivy were out in the field digging for rare records back in the early 70s – when some of these impossible-to-find numbers might still have been around. As with other titles in this series, the scope of subject matter is great, and the tunes are plenty wild – 52 tracks that include "Date On The Corner" by Don Feger, "Bip Bop Boom" by Mickey Hawks, "Sweet Rockin Mama" by The Hi Tombs, "Don't Bug Me Baby" by Milton Allen, "Did We Have A Party" by Billy Brown, "Chicken Rock" by Fat Daddy Holmes, "Blast Off" by Alden Holloway, "Lonely" by Bobby McDowell, "Here Kitty Kitty" by Jimmy Murphy, "I'm A Madman" by Willie Ward & The Warblers, and "Woodpecker Rock" by Nat County & The Braves.  © 1996-2022, Dusty Groove, Inc.