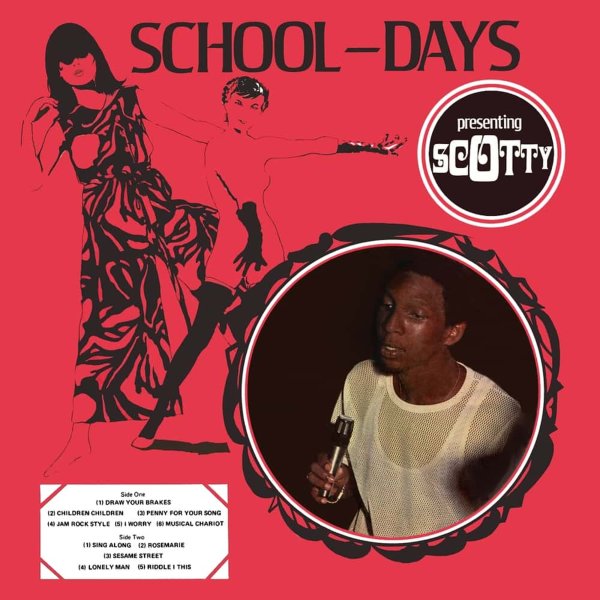 A fantastic record from the early days of the dee jay scene in Jamaica – a set from David Scotty Scott, who'd previously been a singer – and who does a really great job here hanging between two different modes! Many tracks feature Scotty rapping along with the laidback grooves – that relaxed, easygoing early Jamaican dee jay style that replicates some of the calls you might have heard out in the street, when one of the major sound systems was pumping things up. But Scotty also sings, too – with a great soulful voice that's very much in the spirit of the rocksteady years – balancing things out, and making for one hell of a classic album. Derrick Harriott produced – and titles include "Penny For Your Song", "Draw Your Brakes", "Lonely Man", "Sesame Street", "Rosemarie", "Musical Chariot", "Jam Rock Style", and "Riddle I This". CD features 10 more bonus tracks, 8 brand-new to CD – and titles include "Clean Race", "Monkey Drop", "Draw Your Brakes (version)", "Monkey Drop (version)", and "Version Train".  © 1996-2021, Dusty Groove, Inc.