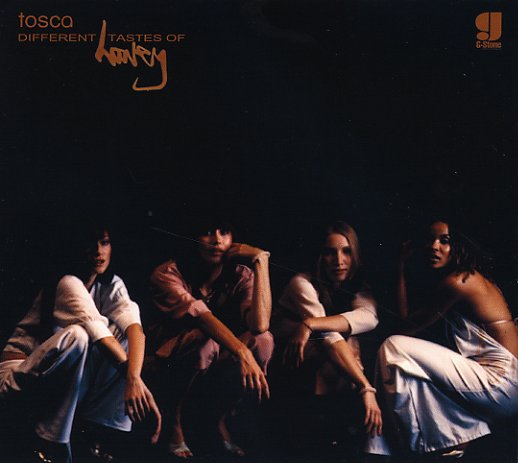 Everything you've ever come to expect from Tosca – heavy beats, tuneful flourishes, and a downtempo groove that never breaks its cool – despite the presence of a rich array of other remix talents here. The posturing gets a bit stiff for us at times – and makes us long for the naive innocence of the early Kruder & Dorfmeister days – but that's not really a problem if you want to put the CD on to impress your friends and mates. Includes work by Faze Action, Supatone, Funky Lowlives, Biggabush, Organic Audio, and others.  © 1996-2021, Dusty Groove, Inc.
(Out of print.)