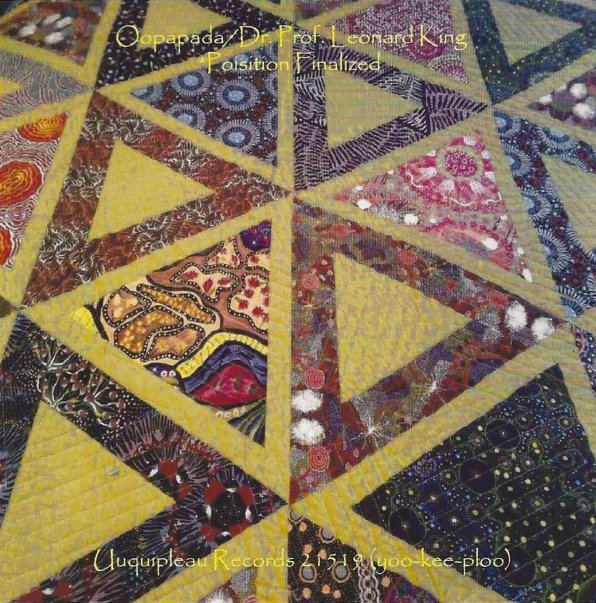 A funky combo from funky drummer Leonard King – both a doctor and a professor, but a very down-to-earth guy when it comes to records like this! The group's a sextet, and work with saxes and guitar to give the music a vibe that's almost vintage R&B at some points, but more creative jazz at others – really showing that strong legacy that King has in the Michigan scene over the past few decades – which includes some famous work with organist Lyman Woodard! King sings a bit on the set, but most tracks are long with a very strong focus on the instrumentation – on titles that include "Soulsphere", "The Indecisive Dreamland Of I Don't Know Why", "Nightcap", "Next", "Queen Ann Nzinga", "Imperative Unit Rising", and "Crept Dema Wrongma".  © 1996-2021, Dusty Groove, Inc.
(CDr release.)

Still Steppin – 10th Anniversary
Uuquipleu, 2020. Used 2 CDs
CD...$9.99 (CD...$7.99)
One of the many great projects from drummer Leonard King – a larger ensemble, but one that's still got all the sharp energy of his smaller group work! King's definitely in the lead on drums, and getting help from a few percussionists too – singing at times, urging the group on in ways ... CD