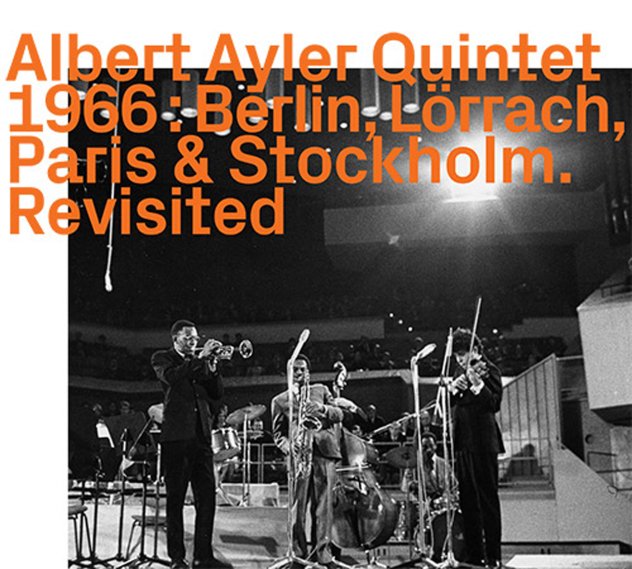 A double-length package – one that brings together two previous Hat Art releases of live material – Berlin/Stockholm and Lorrach/Paris! The 2CD set features crucial European performances by Albert Ayler in the mid 60s – one that were issued until many years after the recording, but which has become one of the sharpest pictures of his genius at the time! The vibe is different than the Ayler albums for ESP – still very much in the same territory, but with this approach that's really reaching out with a deeply spiritual consciousness – an energy to embrace the whole history of jazz, both very old and very new – and re-form its entire ideology into a richly personal expression. Ayler's tremendous on tenor, but Don Ayler is often equally great on trumpet – and the unusual group features Michel Samson on violin, William Fowell on bass, and Beaver Harris on drums. The set features versions of "Truth Is Marching In", "Omega (Is The Alpha)", "Our Prayer – Bells" and "Infinite Spirit – Japan" from Stockholm, juxtaposed with differing performances of those titles in Berlin, plus the riveting closer "Ghosts – Bells", also from Berlin. The Lorrach/Paris recordings include really unique readings of "Bells", "Prophet", "Our Prayer/Spirits Rejoice", "Ghosts", "Truth Is Marching In", and "Spiritual Rebirth/Light In Darkness/Infinite Spirit".  © 1996-2022, Dusty Groove, Inc.