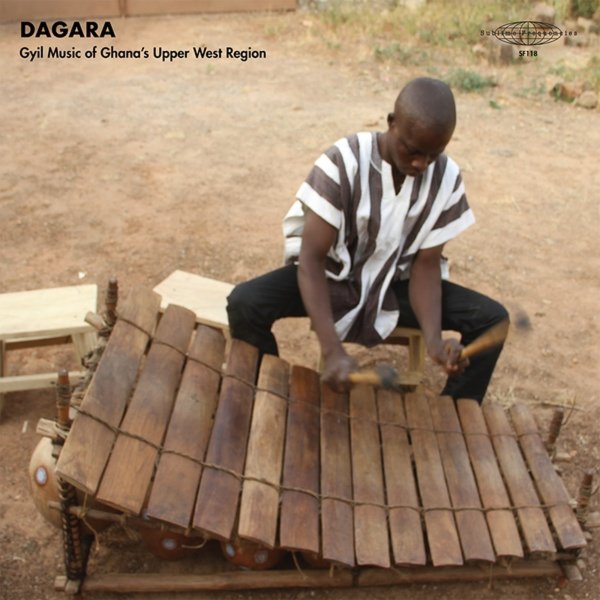 There's a single musician playing a balafon on the front cover of the record, but the sound within is much more group-oriented and tumultuous – wonderful work recorded in the field in Ghana, with a pulsing rhythmic quality that mixes the balafon with lots more percussion and some stringed instrumentation too! The record's awash in many tones and textures – with the depth of a gamelon performance, but a sound that's much more earthy and wood-based – moving in cycles that stretch out over two side-long tracks, almost with some of the heavy trance-like vibe that you'd find in Moroccan music too! Titles include "Sebru" and "Bagr Bine".  © 1996-2022, Dusty Groove, Inc.