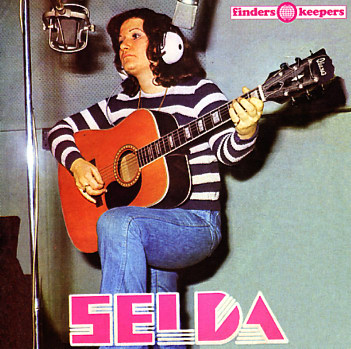 Funky breaks and fuzzy guitars – one of the most amazing albums to come out of the Turkish scene of the 70s – and one with a sound that really defies categorization! Although the sweet image of a girl and guitar on the cover might make you think the record's a folk set, the overall production is heavily electric – filled with fuzzed-up touches on the guitars, and usually supported by some funky drumming that gives most of the record a cool Eastern break sort of feel! Lyrics aren't in English, but they're oddly compelling even if you don't know what they mean – as Selda's voice has a weird other-worldly quality, and comes off with the same tripped-out qualities as the music! Titles include "Ince Ince", "Nasirli Eller", "Mehmet Emmi", "Dost Uyan", "Gitme", "Kizil Dere", "Yaz Gazeteci Yaz", and "Meydan Sizindir".  © 1996-2022, Dusty Groove, Inc.
(Newly remastered!)