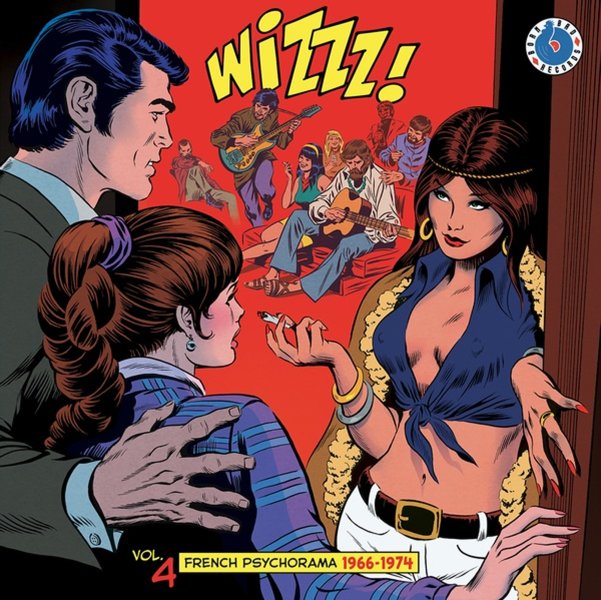 A great entry in one of our favorite-ever collections of groovy French music – a series that hasn't given the world many volumes over the past two decades, but only because the label really takes their time to come up with really unusual tunes! The tracks here move into a hinterland of French pop beyond Serge Gainsbourg, France Gall, and Jane Birkin – work that's every bit as cool, often with a nice current of funk or psych influence, and filled with the kind of amazing instrumentation and production modes that make French work of this time stand out from so many other scenes! We've always loved this period, but have to admit that most of the tracks here are new to our ears – which is an even greater compliment to the collection – on a long set list that includes "Boeing" by Matty Kemer, "Bric A Brac" by Michel Handson, "Patatras Hola" by Richard Hertel, "Je T'Aime Trop" by Paul Dupret, "I Like Sex" by Alain Ricar, "Filles 2000" by Gilles Du Janeyrand, "Je Suis Jaloux" by Doukkali, "Sidi Bou" by KR Nagati, "Laisse Moi Medire Que Je T'Aime (part 1)" by Patrice Lamy, and "Le Grand Mechant Loup" by Francois Faray.  © 1996-2021, Dusty Groove, Inc.