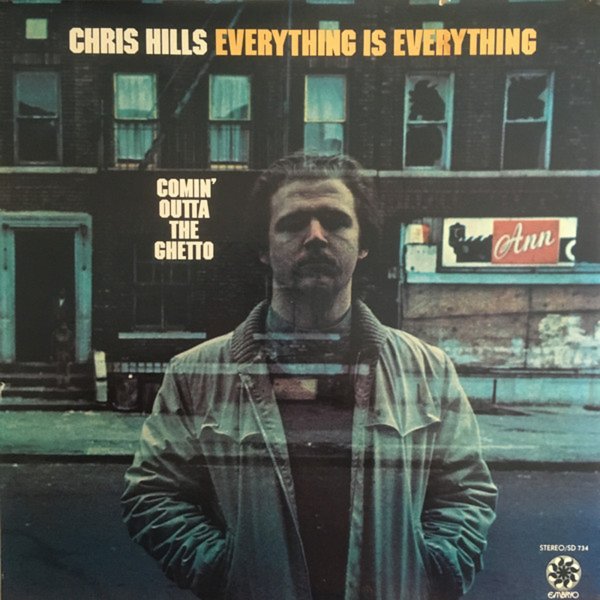 Everything Is Everything – Comin Outta The Ghetto (Japanese paper sleeve edition)

Fantastic early work from Chris Hills – an artist you might know most from later work as part of Players Association – but who here is in an equally soulful sort of mode! The guy on the cover might look a bit unlikely as a soul artists – especially given that he's fading away in the photo – but the record's got a rock-solid approach right from the start, very similar to the best of the other funk groups recording for Atlantic at the time! The set is one of the deepest issued on Herbie Mann's Embryo imprint for Atlantic – and although Chris is the main creative talent on vocals, arrangements, and lots of instruments – the set also features strong organ work from Lee Reinoehl, and additional vocals from soul singer Chico Waters. Titles include "Comin Outta The Ghetto", "Sweet Joanne", "Six Of One", "Mean Old Love", "Sure As Shootin", and "Talkin Bout Soul".  © 1996-2022, Dusty Groove, Inc.