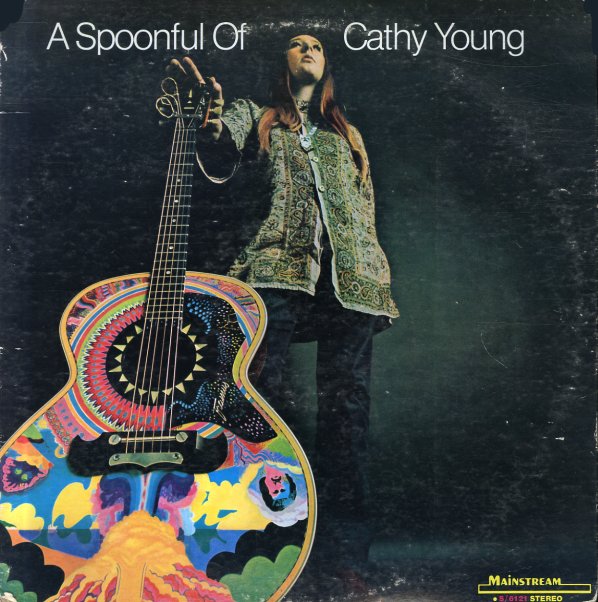 Cathy Young has a pretty psychedelic guitar on the cover – and the music here definitely has some psychedelic elements – but mixed with this bluesy style that makes Young come across with a surprisingly strong sort of sound! Her vocals are great – very gritty and soulful at times – at a level that makes us remember that Janis Joplin got her start on the Mainstream label – and the set features a bit of guitar and arrangements from Eric Weissberg, plus some organ from Pat Rebillot and Michael Joseph Abene, who underscore some of the more psychedelic elements while Cathy is set free to change things up nicely from track to track. Great work throughout, with some superb original tunes – and titles that include "Circus", "Everyone's A Dealer", "Misfit Matilda", "Following In Front", "Melody Plot", and "Understanding Changes Misunderstood".  © 1996-2021, Dusty Groove, Inc.