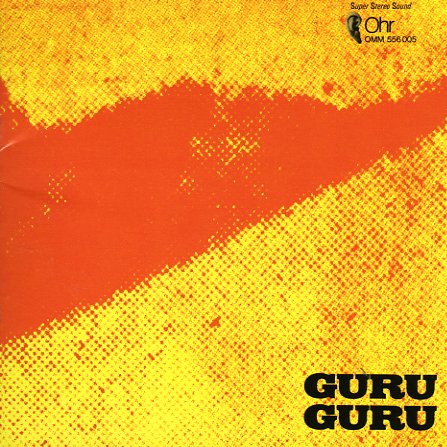 Early Krautrock hugeness from Guru Guru – their epic debut, and a record that was one of the key calling cards of the German scene at the start of the 70s! At first glance, the elements are familiar – but there's a few nice touches in the studio too – yet the real energy of the group come from their fantastic musicianship, spun out on long tracks that make the core bass, drums, and guitar sound far more revolutionary than work from the UK scene at the time. That core is one that so many other groups were using with a blues rock into hard rock mode – but Guru Guru are already into something new and their own here – stepping out on long cuts that include "Stone In", "Girl Call", "Next Time See You At The Dalai Lhama", and "Der LSD – Marsch".  © 1996-2022, Dusty Groove, Inc.
(Limited edition "Purple Haze" vinyl pressing!)