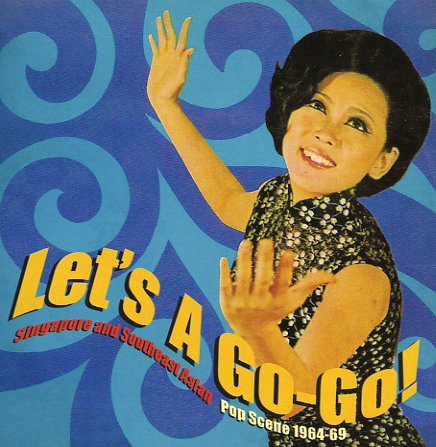 Weird and wonderful work from the Southeast Asian scene of the 60s – very cool grooves that show a heavy influence from American rockers of the time! The lyrics here are often sung in English, and the music is filled with the same sort of jangly guitars, driving drums, and mod-styled rhythms you'd find in US rock and roll from the mid 60s – but the overall sound is quite unusual, too – given the Asian origin of all these cuts! It's almost like hearing the 60s through some sort of odd prism that distorts the familiar – which makes for a fascinating set of tracks you'll be hard pressed to find elsewhere! Titles include "One To Nine Walkin" by Patrina, "Sudi Sudi Kah Dikau" by Ismail Haron & The Guys, "Swim Swim Swim" by The Spacemen, "Lonely Heart" by Rita Chao, "Flamingo" by The Bees, "Mr Twister" by The Crescendos, "The Second Spring" by Hai Fei, and "Just Because" by The Dee Tee's.  © 1996-2021, Dusty Groove, Inc.
(Out of print.)