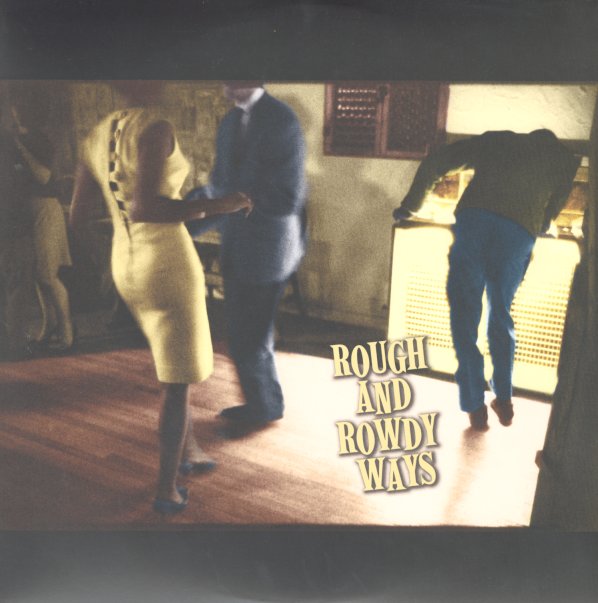 The first new Bob Dylan songs in more than a few years – and a great reminder that, even if the man can do a pretty good job with songs from other sources, it's still his core talents as a composer that we love so much! The album's got Bob's wonderfully mature vocals alongside a trio of other guitar talents – Charlie Sexton, Bob Britt, and Donnie Herron – the last of whom plays steel guitar – yet the record's got this kind of intimate vibe, and still crackles with the kind of excitement that we'd feel in the past, when dropping a needle on a new Dylan release – asking the question, "Is this going to be one of the good ones?" – and getting a resounding "Yes!" after just a few minutes. Titles include "I Contain Multitudes", "False Prophet", "Crossing The Rubicon", "Key West", "Black Rider", "Goodbye Jimmy Reed", and "I've Made Up Myself To Give Myself To You" – and the long "Murder Most Foul".  © 1996-2021, Dusty Groove, Inc.
(180 gram gold vinyl pressing. Includes the printed inner sleeves.)

Blonde On Blonde
Columbia, 1966. Very Good 2LP Gatefold
LP...$59.99
One of the most incredible rock albums of all time – Dylan's sprawling, shambling, poetic genius at it's most revolutionary if you ask us – the landmark Blonde On Blonde! It's got that surrealistic, 4AM and still bursting with creativity kind of feeling that he'd never even try to find ... LP, Vinyl record album