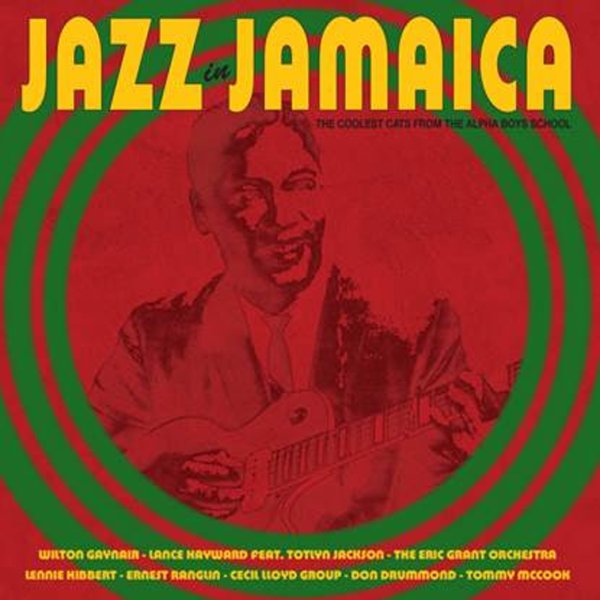 Jazz In Jamaica – The Coolest Cats From The Alpha Boy's School

Jazz in Jamaica, and a whole lot more – as the set brings together some key moments when the music was really shifting down in Kingston – still years before ska, rocksteady, and reggae, but with some definite differences in the way things come across! The Alpha Boy's School is a reference to the background of some of the key players – names that blossomed even more strongly in later years of Jamaican recording, with some who even achieved great fame recording over in the UK and Europe as well. But these are the giants at the start of their career – stepping out on some really great takes on more familiar jazz standards, but with a nicely inventive approach – as you'll hear on tunes that include "I'll Remember April" and "St Thomas" from Cecil Lloyd, "I Love Paris" by Lennie Hibbert, "Exodus" by Ernest Ranglin, "Rhythm" by Wilton Gaynair, "It Happnes" by The Workshop with Don Drummond, "Old Devil Moon" by Lance Hayward with Totlyn Jackson, "Let's Fall In Love" by Eric Grant, and "The Answer" by The Workshop with Tommy McCook.  © 1996-2021, Dusty Groove, Inc.