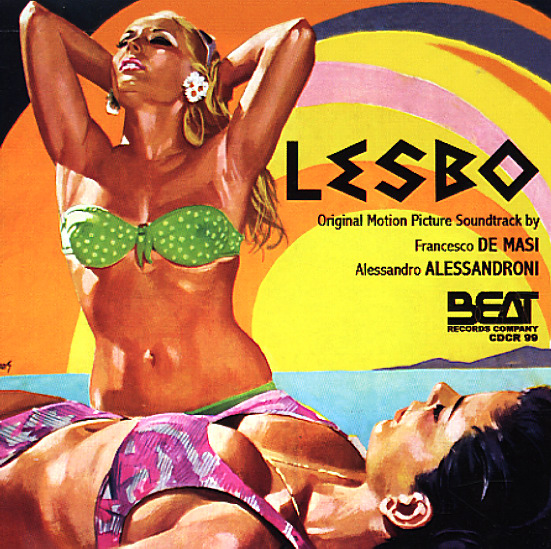 Sexy ladies on the cover, and some equally sexy sounds underneath – served up in a perfect 60s Italian blend of jazz and bossa-based styles! Sweeping strings bring a nice sense of depth to some numbers, while others have a more intimate feel – either via spare guitar, or some jazzy elements on piano, sax, and organ – shifting instrumentation that really keeps things interesting throughout, and which makes the record feel like some rich narrative on its own, in sound – without any need for the images on the screen. The whole thing is wonderful – one of those Italian soundtrack treasures that delivers even more than it promises – and music was composed by Alessandro Alessandroni and Francesco De Masi, then orchestrated by De Masi, with some cool wordless vocal moments as well. Titles include a number of variations on "Lesbo" plus the sweet vocal opener "Qualsiasi Cosa", "Crepuscolo Sul Mare", and "IL'Isola Dell'Amore".  © 1996-2022, Dusty Groove, Inc.