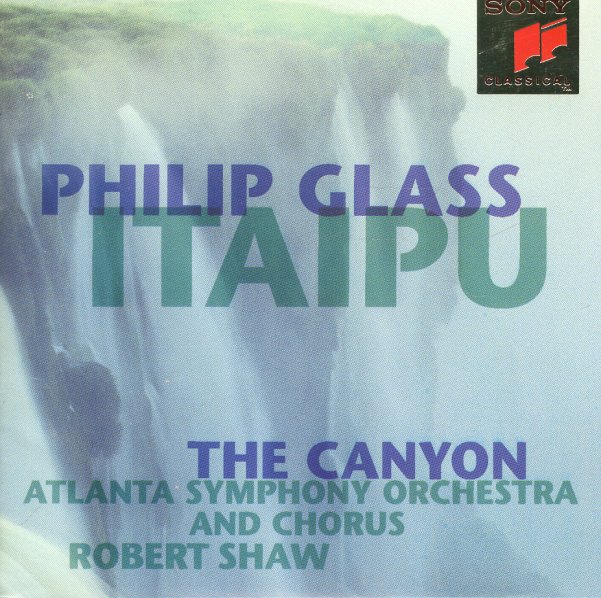 A beautiful orchestral work from Philip Glass – a set that features the long piece "Itaipu", and the shorter "The Canyon" – both handled with a mix of instrumentation and voices that really gives the music a sense of majesty! Although Robert Shaw recorded some relatively mundane vocal records for RCA back in the postwar years, he's really at his best here – using the voices next to the bold brass, strings, and woodwinds with a sense of formation that often uses the lower end of the sonic spectrum in a great way – maybe a bit reminiscent of Glass' soundtrack recordings for Koyaanisqatsi and Powaqqatsi, with some obvious ties to his 80s opera work too.  © 1996-2021, Dusty Groove, Inc.